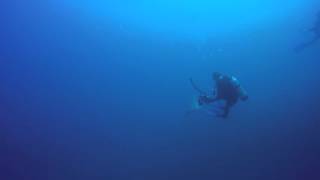 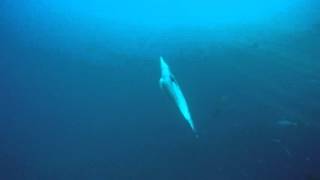 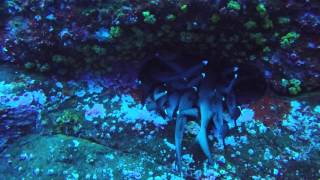 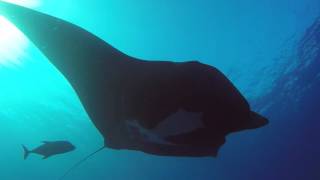 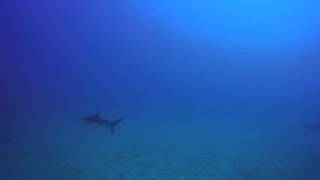 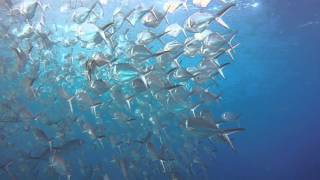 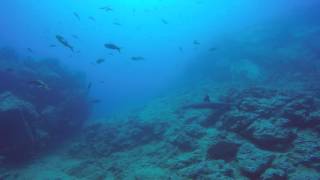 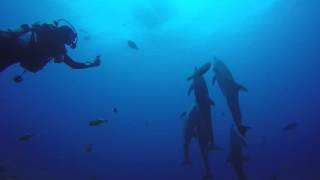 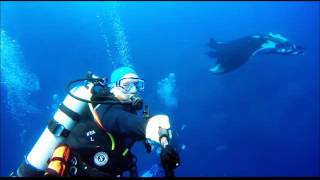 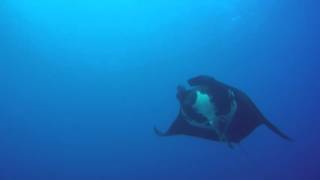 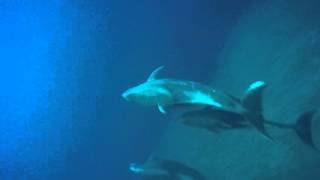 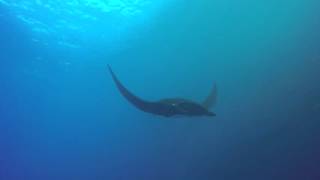 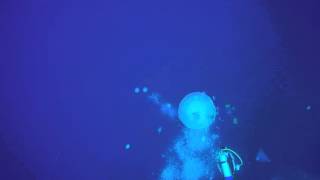 In April 2016, my friend Eric and I joined the incredible Nautilus Belle Amie to dive the Revillagigedo Socorro Islands for a total of 5 full days of diving.  I tried this same trip back in June 2015, but we were only able to dive a couple of dive sites over two days before having to flee Hurricane Blanca before it hit the chain of volcanic islands as a category 4 hurricane.

So, given the opportunity for a discounted return trip by the Nautilus company, it was a no-brainer for me to take advantage of spending 5 full days of diving at this majestic location on board such an incredible luxury liveaboard.  The Belle Amie is roughly a 180’ ship, completely outfitted for diving, with three decks of living space, a full kitchen with an amazing cook, a day-room with a large screen plazma TV, and a fourth level that serves as a sun deck with hot tub and bar.  This boat comes HIGHLY recommended by me.  (You can find them here: http://www.nautilusbelleamie.com/).

The Revillagigedo Socorro Islands is a chain of volcanic islands, with the biggest island giving the chain its namesake—Socorro Island—which holds the only human inhabitants of the chain, the Mexican Navy, who installed a base there and has a handful of soldiers residing there permanently.  Otherwise, every island is merely a large rock with no human habitation.  Going on land on any of the islands requires a permit, including using the airplane landing strip on Socorro Island, requires lining the pockets of powerful individuals in the Mexican government.   The island of San Benedicto is still an active volcano, and last erupted in 1957 while fishermen were in the area, and at least one was lucky enough to escape the eruption with a black and white photo of the on-going eruption.

The closest island to Mexico in the chain is Islas San Benedicto, which is roughly 240 miles southwest of Cabo San Lucas, the southern-most tip of Baja California.  It takes roughly an entire 24 hours for the boat to motor its way out of Cabo harbor to San Benedicto before the diving adventures can begin.

The minerals in the water from the volcanic activity help provide some incredibly clear waters with outstanding visibility (I believe one day was at least 200’ visibility), and upwelling from the ocean floor brings nutrients and plankton that draw in large pelagic sea creatures.  Two of the primary dive sites for seeing these majestic creatures are The Boiler and Roca Partida.   The Boiler is a sea mount at Islas San Benedicto whose plateau starts at about 45 feet below surface and drops to a sandy bottom roughly 130’ below.  Roca Partida is a volcanic plug where molten lava formed a small rocky outcropping that sticks out of the water only 65 feet above surface, but drops to over 200’ at its shallowest point and eventually drops off to over 10,000 feet nearby due to it being located in open ocean.

It is very common at these sites to see Giant Pacific Manta Rays and dolphins and various sharks, and occasionally whale sharks and humpbacks.  On my trip in 2015, we were blessed with one whale shark cruising by The Boiler right next to us, but on this 2016 trip we unfortunately were not as lucky.  It is actually very rare for divers to see whale sharks in the open ocean without going to their usual feeding sites during specific times of the year, but despite not having a whale shark on this trip we were fortunate to mingle with several giant manta rays and dolphins.  Both are extremely intelligent creatures with brains that are so large and complex that they likely rival our own.  I believe their level of intelligence causes them to recognize divers as not being a threat and to understand that we are simply impressed by them, so they are not shy at all about coming close to connect with us eye-to-eye and to spin around us and perform acrobatics for our amusement.  I enjoyed playing along by spinning and flipping around as if to dance with them.  I like to think they got a kick out of it, as the dolphins would chatter and laugh while circling around me.

The shark population is heavily dominated by white tip reef sharks that get to roughly 3-4’ long.  They typically cruise along the bottom and along the rock walls, and they bunch together to sleep like logs in a pile.  Despite being a smaller shark species, they are not afraid of us at all and swim right next to us as if we aren’t even there.  The silver tips, Galapagos sharks, and silky sharks get to a little bit bigger of a size, as they all can reach lengths of up to 5-6’.  They all are also not intimidated or afraid of us divers, and if we all stay still with good buoyancy and not thrash around in a wild manner, these sharks often come close to us to investigate us.  On one dive a 4.5’ Galapagos shark swam right between my feet.

We also were treated to schools of tropical fish, sometimes schools of tuna and their smaller yet very similar-looking jack fish.  In rocky areas it is also common to see California moray eels and maybe some wolf eels, as well as spiny lobster with bright orange and pink jewel-looking spines on their shells creeping out when the water gets darker and murkier.

Needless to say, this place is incredible.  To be able to swim with wild pelagic creatures in their natural habitat and for them to be so friendly and curious about us to where we swim with each other in harmony…the experience is definitely something that cannot be adequately described in words alone.  Now that I’ve made two trips in two years, I can definitely say I will return for at least a third sometime in the future.