Videos of Koh Tao and nearby dive sites January 2016 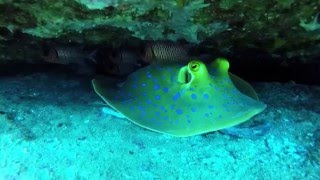 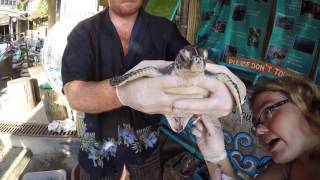 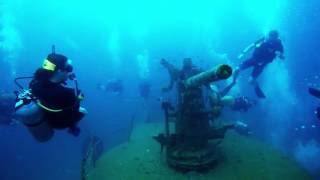 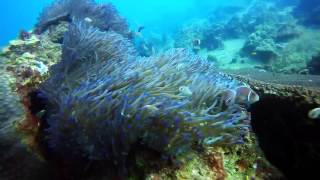 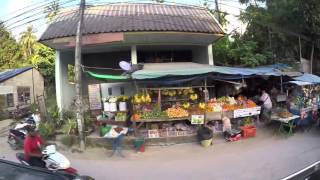 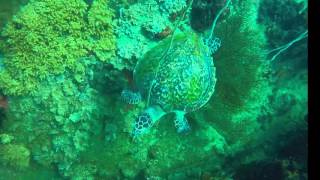 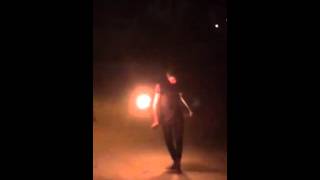 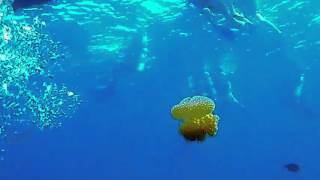 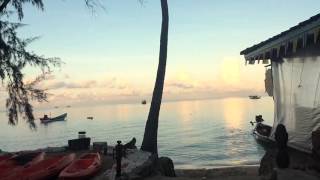 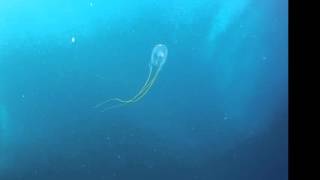 During a business trip to Thailand in December 2015/January 2016, I was fortunate enough to be able to sneak in some diving in Koh Tao.  Koh in Thai means island, and Tao means turtle….so Koh Tao is turtle island.  I have read conflicting accounts of from where the name is derived—with some saying the shape of the hills on the island make it look like a turtle from above, while others saying it’s beaches used to be dominated by sea turtles.  While I was able to meet one sea turtle at an off-shore reef and also volunteer at a local turtle nursery, I have read that turtles and their hatchlings are actually nowhere to be found on the beaches any longer.

I stayed at Sairee Dive Cottage along the boardwalk of Sairee Beach.  It was very affordable (roughly $15.00 per night for my basic cottage with only a bed, a fan, and a bathroom and cold shower) and a 10-dive package for roughly $200.00.  The dive staff is very friendly and knowledgeable (dive with Gal any chance you get..he’s an excellent DM), but I regret not shelling out the extra $20-25 bucks for an air conditioned room because my afternoons while not diving were extremely uncomfortable with almost 100% humidity.

It quickly became apparent that Sairee Beach is a haven for young European/Australian backpackers looking to get SCUBA certified and party.  There is a very lively nightlife along Sairee Beach, with plenty of restaurants, bars, and fire twirlers.  Walking up and down the boardwalk is an interesting experience in its own right, as the roughly 2-mile concrete walkway from Mae Haad Pier to Sairee Village is flanked on both sides by resorts, souvenir and nick-knack stores, general stores, tattoo studios, dive shops, food carts, and eateries.  The walkway is also lined with tropical vegetation, trees, and tropical flowers such as orchids and birds of paradise, with the beach always just a couple of steps away.  I’ve never seen anything else like this in any of my travels, so I was very happy that my cottage was right along the walkway.

Sairee Beach faces west, so you get amazing sunsets with varying shades of color ranging from purple to yellow to orange, but when the dive boat heads out to sea in the morning you are also treated with excellent sunrises over the tall point of the island hills.

One of my favorite experiences was helping to clean the sea turtles at the New Heaven Dive School turtle nursery at the south part of the island called Chalok Bay.  I learned that the Royal Thai Navy is tasked with the responsibility of collecting eggs from beaches to save them from being crushed or eaten, and New Heaven is one of a few nurseries that accepts juvenile and baby turtles after they have been hatched to help them grow to a size that will allow them to grow in the wild.  Once they get too big for the tank, they are taken out to a local off-shore reef and dropped into the sea to live their lives in the wild.

Every day at 4:30, New Heaven allows tourists to “volunteer” transferring the turtles between tanks for feeding and cleaning, and to also hold a turtle while one of the conservationists cleans its infections.  This is a great way for the School to spread awareness of the many threats to sea turtles as an overall species, as well as awareness of their dependence upon conservation efforts.  I also learned that New Heaven runs a marine/reef conservation certificate program for advanced divers, and I now want to go back and participate, so I guess it also helps build good karma for them in a bit of marketing as well.

The diving around Koh Tao was pretty spectacular, but didn’t quite live up to the hype that I had heard about in my opinion (I’ve heard over and over that it is some of the best diving in the world…It’s good, but that kind of  hype is a pretty tall order to fill…).  One of the things that let me down was how quickly the visibility changed.  There were a couple of times where the visibility reduced drastically from roughly 70-80’ to next to nothing within a matter of seconds.  Maybe it was run-off from the islands being rushed in with underwater currents, or maybe it’s just the time of year, but either way that caused me some disappointment because I was imagining constant 100’+ visibility.

I got to visit the wreck HMS Sattakut (former US Navy ship donated to the Thai Navy and intentionally sunk in 2011) twice, which sits about 90’ at its deepest and has blue spotted ribbontail rays that burrow in the sand underneath and has a cluster of groupers that hang out in the deck.  Southwest Pinnacle and Chumphon Pinnacle were great deep dives, as they both reach depths of roughly 110’, have swim-throughs that make you feel as if you are cave diving (even if for just a short distance), huge schools of barracuda, giant grouper, jellyfish (some toxic, some not so toxic), and are carpeted with purple and pink anemone that sway to and fro with the water.  Another very cool dive site (but much more shallow at roughly 60’) was Liam Thien, as it is mostly a rock garden that is covered in beautiful and multi-colored hard and soft coral and nudibranchs galore.  Twins and White Rock were also fun dive sites close to shore, and their shallow depths (approx 60′ each) allowed for longer dives.  They both have plenty of rocky areas for creatures to hide under, and I was fortunate enough to see plenty of blue spotted ribbontail rays under these rocks.

A couple of downsides to Koh Tao though: First, this place was definitely not meant for how many people are here…locals and tourists both.  It was meant to be small and quaint with a slow tropical pace (it used to be a fishing village), so the people and mopeds crawling all over each other like its Bangkok was a bit overwhelming….  You have to constantly be on guard while walking because mopeds zip in and out of the crowds without notice, even on the boardwalk.  Second, the mosquitos are a nightmare.  They roam in packs and if you don’t have repellent then you will be a victim of their pack assaults.  However, I had a blast and would definitely make a return trip (but maybe to the quieter side of the island at Chalok Bay).