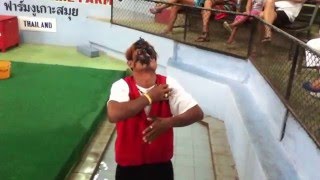 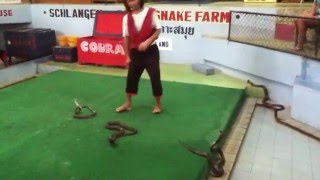 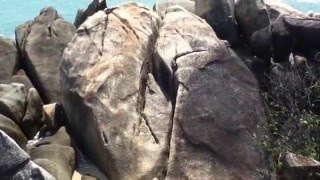 While sitting at the Bangrak pier awaiting a ferry from Koh Samui, Thailand to Koh Tao (Turtle Island), I figured I should pass the time by reflecting on my previous experience touring around Koh Samui during my first trip to Thailand in Februrary 2012.

I recall that getting there was a bit of a debacle, as storms caused our flight from Trat, Thailand to be cancelled, so the airline company loaded us all up in a shuttle to BKK, then traffic caused us to arrive too late for the alternative flight they had booked.  So we were forced to stay overnight in a not-so comfortable part of an already not-so comfortable city called Trat.  I was left to question whether or not this leg of the Asia excursion to Samui would be worth all this hassle….I was surprised to learn that it was, without a doubt, worth it and I would do it all over again.

Located in the Gulf of Thailand, it is the only island with a commercial airport.  The island is ringed with white sand beaches that powerfully reflect an already bright sun.  These beaches are your entrance into the warm, crystal blue waters of the Gulf.  This area is said to be some of the best scuba diving in the world (with the nearby island Koh Tao being hailed as a diver’s paradise), and two snorkeling expeditions from Koh Samui are what prompted my desire to get dive certified so I eventually got certified in the States after this trip.

Being a haven for European and American tourists, the Thai people know that they should offer unique and exciting wildlife encounters for the adventure seekers to return home with exciting tales to share.  We went to an elephant interactive park, where I was able to play with one juvenile elephant after he was finished with his shower.  He sniffed my face and neck with his trunk as if he were giving little kisses.  This friendly guy also sat down on his hind legs to allow me to climb on top for a few minutes.  I also rode another elephant through the edges of the jungle and to a stream where it took a few drinks before taking me back to the main part of the park.  At the elephant park I also got to hold, feed, and roll around with baby tigers that acted exactly like newborn kittens crawling blindly all over me and calling out.

We also visited the samui snake farm where we watched one scorpion handler put 12 on his face and 1 in his mouth for 13 total.  A snake charmer also entranced two cobras and kissed them without them striking.  We got to hold a scorpion and a sleeping cobra and boa.

We stayed just a short walk to a muay tai outdoor fighting arena with a market of street food vendors.  A short walk in the other distance was an outdoor market of fresh fish on ice, arts, crafts, excotic spices, clothing, and souvenirs.

Because I had not been certified already, I plan to make it back there to hit its local dive sites and maybe take a boat to southwest pinnacle (potential for bull sharks, whale sharks, manta rays, other badass creatures).  The island services mostly resorts, so it is easy to find plush accomodations for extended stays, unlike Koh Tao that mostly caters to the nomadic backpackers and Euro-Aussi kids on holiday (which is also much louder).